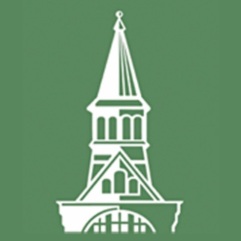 Kelley’s love of trianing animals and science stated early and she is proud to have graduated from The University of Vermont with a Bachelor’s of Science.  Upon graduating she was also awarded The Donald J. Bach Award which recognizes outstanding work with companion animals. This award was presented to her for her leadership and skill in a collaborative project between her university and the county animal shelter.  Her project was awarded a large grant and with this funding a curriculum for the humane treatment of companion animals was written and aligned with the state’s educational framework & standards.

Kelley continued to work on the project after graduating and moved to San Francisco in 1998 to pursue her interests in education and animal training  and worked for seven years at The SFSPCA and became the Director of Education.  The summer camps and youth volunteer programs she fought hard to develop are still popular programs. While at The San Francisco SPCA Kelley met Jean Donaldson, the Founder & Director of The Academy of Dog Trainers.  Jean is an amazing mentor and advocate for humane, science-based training.  In 2004 Kelley graduated at the top of her class and holds a Certificate of Training & Counseling from The Academy for Dog Trainers. She has helped countless dogs and dog owners regain joyful relationships through behavior modification & reward-based training. 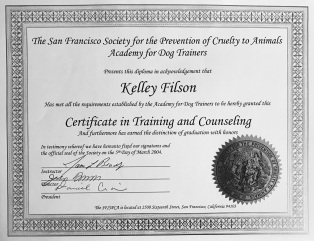 The Academy for Dog Trainers
Certificate in Training and Counseling (CTC with Honors) -March, 2004

If your dog is on Instagram, please feel free to tag us on a post, or share photos and/or videos of your dog.  You can find us at @FilsonDog_School & @FilsonDogs